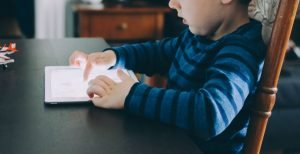 Photo by Kelly Sikkema on Unsplash

Simon Sinek’s video “Start with Why” is entertaining and does a great job of highlighting the importance of mission and a purpose-driven organization. In his example, he states that Apple’s “why” is to “challenge the status quo and to think differently” What if nobody cares?  There are a bunch of companies out there that “challenge the status quo and think differently”.  Most of them fail. His omission is that he fails to point the “why?” at “who?”

It’s been said that Steve Jobs was most satisfied watching kids use Apple products in the classroom. This may have “challenged the status quo”, but causing kids to think was much more fun.  Apple’s mission statement was, “To make a contribution to the world by making tools for the mind that advance humankind.”

In 1983 Howard Schultz was travelling in Milan, Italy when he noticed coffee bars on nearly every corner.  The coffee was good, but it was intriguing how this played a part in the social fabric of Italian communities.  These coffee bars were the place away from home and the office that people want to meet and connect, the third place.  Starbuck’s mission is: “To inspire and nurture the human spirit – one person, one cup and one neighborhood at a time.”

No organization survives unless it serves a purpose in society.  In non-profits, the purpose is to change lives. For-profit business does the same thing; they change lives.  Our products or services either solve a problem or meet a need that someone is willing to pay.  Some of us are so intent on selling our product, that we forget why someone is buying it.  Who would have thought that people will stand in line to pay $5 for a cup of mediocre coffee?  Well, actually not many will, but they will pay $5 to meet with someone in a convenient location over a mediocre cup of coffee.

I recently heard Keni Thomas speak at the Stronger Families “Hope for Heroes” gala.  Keni was an Army Ranger and was in Somalia during the “Black Hawk” down story. There was an angry crowd that was trying to kill he and his team. He said when the bullets start flying, nobody cared about the mission and vision; it was all about saving the guys around him.

It’s fashionable and somewhat seductive to be clever or to be smarter than the other guys. We can come up with catchy slogans or use jargon like disrupt, innovate, or challenge. Without connecting your “why” to a “who”, you are left with a plan that gets shelved in the graveyard of other dead business plans.

If you are actually looking to put a “dent in the globe” and want to develop alignment in your organization. Look at why people are buying, what needs and wants they have? How can you change lives, communities, society?  You are the hero of this story, make it something that people want to tell.