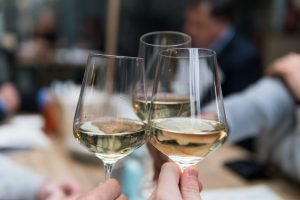 While the Cratchit family feasted on Christmas dinner, a toast was given:

“The Founder of the Feast indeed!” cried Mrs. Cratchit, reddening. “I wish I had him here. I’d give him a piece of my mind to feast upon, and I hope he’d have a good appetite for it.”

Understandably, Mrs. Cratchit was angry for their conditions and that Scrooge was a “squeezing, wrenching, grasping, scraping, clutching, covetous, old sinner!”  Bob’s toast was for the job that made these moments with his family possible, regardless of what a jerk he was.

A Christmas Carol is a classic story and most people think it is about Christmas, or a story of Scrooge and his transformation.  It’s a leadership book. It is about the transformation in the lives of individuals and in society with functional leaders.

Charles Dickens wrote a lot about social issues and the plight of the poor. A Christmas Carol was written in 1843 towards the end of the industrial revolution in London, where not everyone had benefited from England’s success.  Technology and trade had given an elite status to many merchants, but traditional cottage industries and many workers were largely left behind.

Dickens is showing two viewpoints of business in society.  One is that business is only there to make a profit and business has no social responsibility. This is the viewpoint that economist Milton Friedman promoted, and many investors and leaders currently embrace.  The second is that business is to make a profit, but that it is a social institution and has social responsibilities.  When a business stewards their profits responsibly, individuals grow and the community as a whole prospers.

One of Henry Ford’s greatest accomplishments was to raise the standard of living for a huge group of automotive workers and the communities where they worked.  While he was trying to fix a production problem, he stumbled upon the value of changing the community, and consequentially created more potential customers for Ford.

Remember, when you are watching “A Christmas Carol” or even “It’s a Wonderful Life”, there are many real-life examples of businesses transforming communities.  I salute and raise a toast to those leaders, and managers who are making a difference. You may not be doing it perfectly and some may think you are screwing up. Despite that, you are “The Founder of the Feast”.